Jordan’s cosmopolitan capital is a hub for business and commerce in the region. Amman’s appeal as a destination for Meetings, Incentives, Conferences and Exhibitions is enhanced by several factors. Its strategic location and liberal outlook have attracted many multicultural corporations that have established offices in Amman, including Oracle, Cisco and Expedia. Microsoft also added a Customer Service and Support Hub in Amman, making it the company’s second global setup in Jordan, the first being the Enterprise Services Hub. The fast-growing economy contributes to the climate of expansion in the city, and the increased effort on the part of the Jordan Convention Bureau to promote the city’s business-friendly environment and publicize its sizeable selection of world-class venues has helped establish Amman as a popular business events destination in the Middle East. According to the ICCA rankings report for 2018, Amman is ranked second in the Middle East in terms of the number of international association conferences and meetings hosted. It is one of the most visited cities in the Arab world and is also a major destination for tourism in the region. In 2018 there were 3.2 million overnight visitors to Amman. This number is forecast to grow over the coming years, fueling the city’s impressive catalogue of business and leisure attractions.

Without a doubt, Amman’s most prized resource is its knowledgeable human capital. As the center of research, ICT, and medical clusters, the capital embodies the true meaning of people empowerment and encourages development, advancement and expansion in all disciplines. Scientific research is funded through various entities, including research deanships and funding projects at Jordanian universities and through the Higher Council for Science and Technology, which includes centers such as: 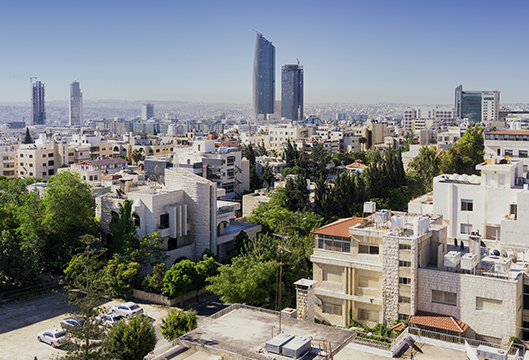 Breathtaking scenery, extraordinary venues and modern facilities create the ideal setting for both business and leisure in the city. As a major Meeting, Incentives, Conferences and Exhibitions destination in the MENA region, Amman is a great choice for meeting planners looking to leverage the country’s world-class business facilities, strategic location and abundance of natural and historic attractions. A period of significant development has led to the birth of a new business landscape in Jordan, with modern meeting venues that feature the latest innovations in design and technology.
Amman’s hospitality landscape has also evolved considerably; several new hotels have opened recently, adding to the growing variety of meeting and events facilities across the country. A flourishing dining sector is emerging as the city witnesses a boom in restaurants. The ongoing development of contemporary leisure facilities has built on the country’s historical attractions and transformed it into a 21st century business destination.

Alongside its rich historical heritage, Amman enjoys a blossoming cultural scene with contemporary art galleries, authentic museums, and theaters dotted around the city. Many of the city’s art galleries are housed in atmospheric old houses located in Jabal Weibdeh and Jabal Amman, two of Amman’s older neighborhoods. One example is Darat Al-Funun, a cluster of buildings that stretch down a hillside and comprise an art gallery, a library, a café and the excavated ruins of a 6th century Byzantine church. The Jordan Museum, located next to the City Hall in the Ras Al-Ayn area, features a series of excellent exhibitions that tell the story of Jordan from the early Nabatean settlers through to the modern day. 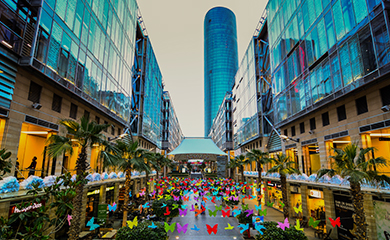 The Boulevard
Strategically situated at the heart of Abdali, the new downtown of Amman, the Boulevard is a mixed-use complex that consists of a 370 – meter long and 21 - meter wide outdoor pedestrian spine that is bordered by 12 buildings. These buildings offer unique premium retail outlets, high street cafes and restaurants, avant-garde office spaces, luxurious Arjaan by Rotana hotel serviced apartments and exclusive rooftop lounges. The Boulevard compliments Abdali’s vision in redefining modern living in the Jordanian capital by blending business, pleasure and contemporary urban lifestyles at one prestigious address, thus enhancing the capital’s touristic and economic offering. 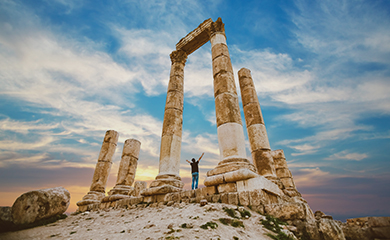 The Citadel
Towering above the city from atop Jabal Al-Qala’a, the Citadel is the site of ancient Rabbath-Ammon. Excavations here have uncovered Roman, Byzantine and early Islamic remains. The most impressive of these is known simply as Al-Qasr (the palace) and dates from the Islamic Umayyad period. Ruins of Umayyad palace grounds lie nearby. 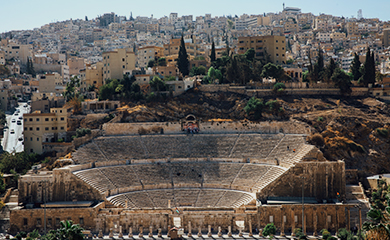 Roman Amphitheater
The restored theatre is one of the most impressive remnants of Roman Philadelphia. Seating 6,000 people, the amphitheater is cut into the northern side of a hill. It was built around the 2nd century AD during the reign of Antoninus Pius. A small shrine above the top rows once held a statue of the goddess Athena. Today the theatre is used for entertainment, concerts and other events, gathering thousands of people in the heart of Amman. 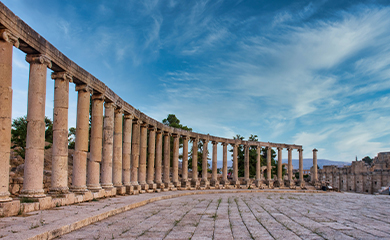 The Roman ruins of Jerash
Just a 40 - minute drive from Amman, Jerash is home to one of Jordan’s most impressive historical sites. The immaculately preserved ruins in Jerash are considered among the best outside of Rome and stand testament to the city’s occupation since the Bronze Age. In Roman times, the ancient city was called Gerasa. The lovingly restored Hadrian’s Gate was erected to honor the visit of Roman Emperor Hadrian to the city in the year 129, and it provides an imposing entryway into the ancient city. The path leads to the hippodrome, which was built between the 1st and 3rd centuries. Further on is a columned high street, still scored with the marks of many chariots that open out into a spacious plaza the central forum for residents of the ancient city. Other highlights include two vast amphitheaters, several temples and the elegant Nymphaeum; an ornate fountain adorned with carved lion heads and sculpted Corinthian columns. It takes approximately three to four hours to explore the ruins at leisure, although a quick tour can be managed in two hours. A short drive from the site is the Lebanese House restaurant, one of Jerash’s top dining venues with plenty of space for large groups and a menu of excellent Arabian dishes. 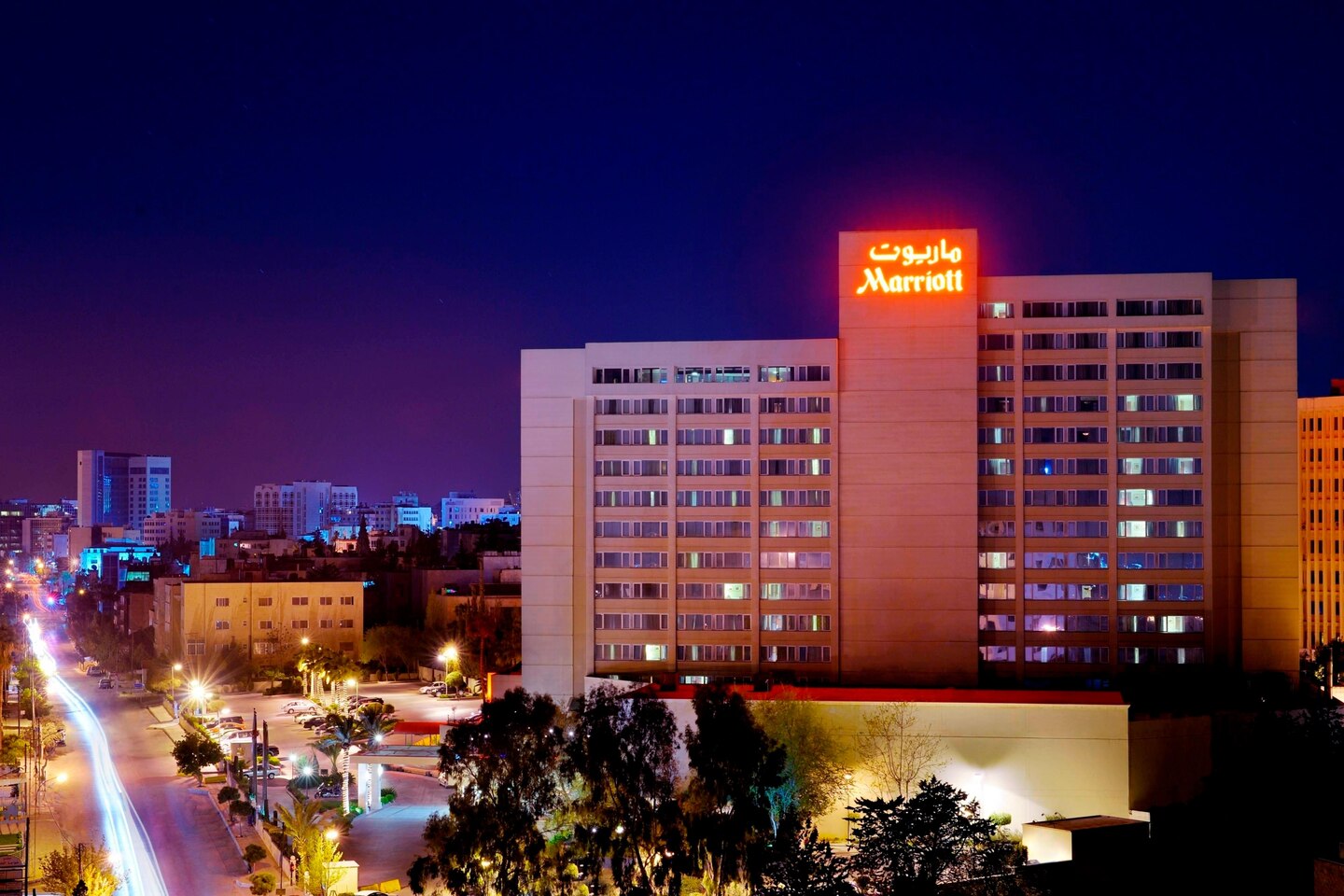 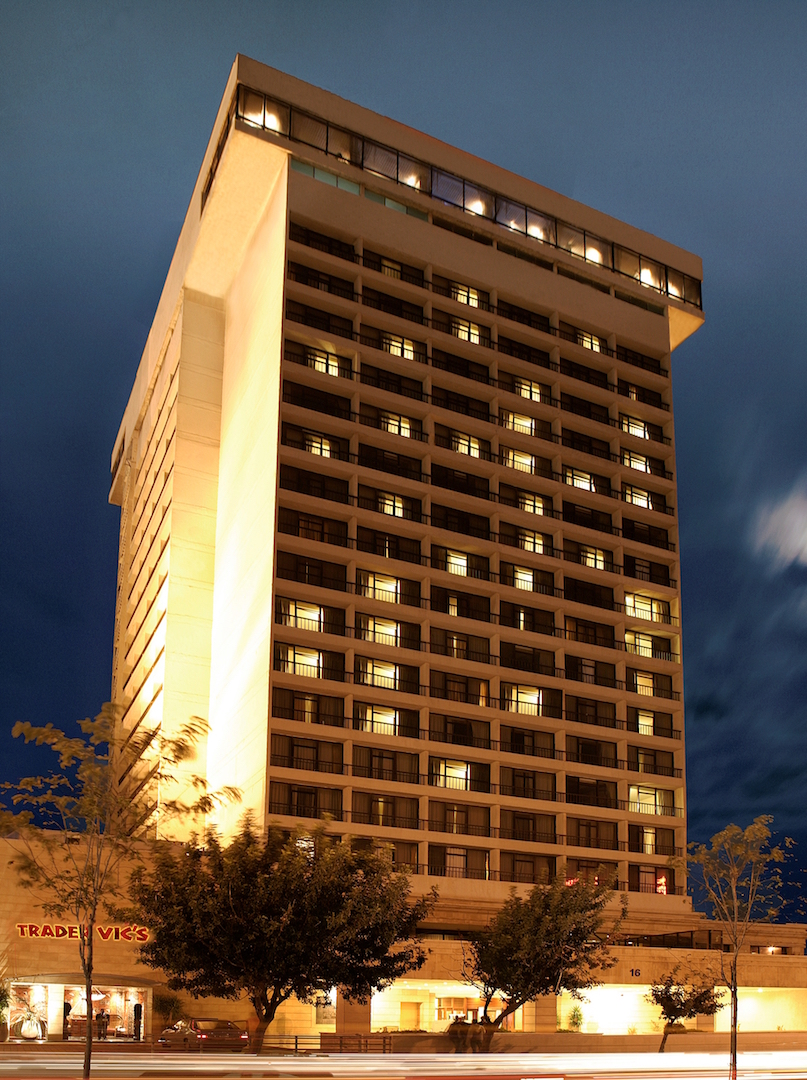 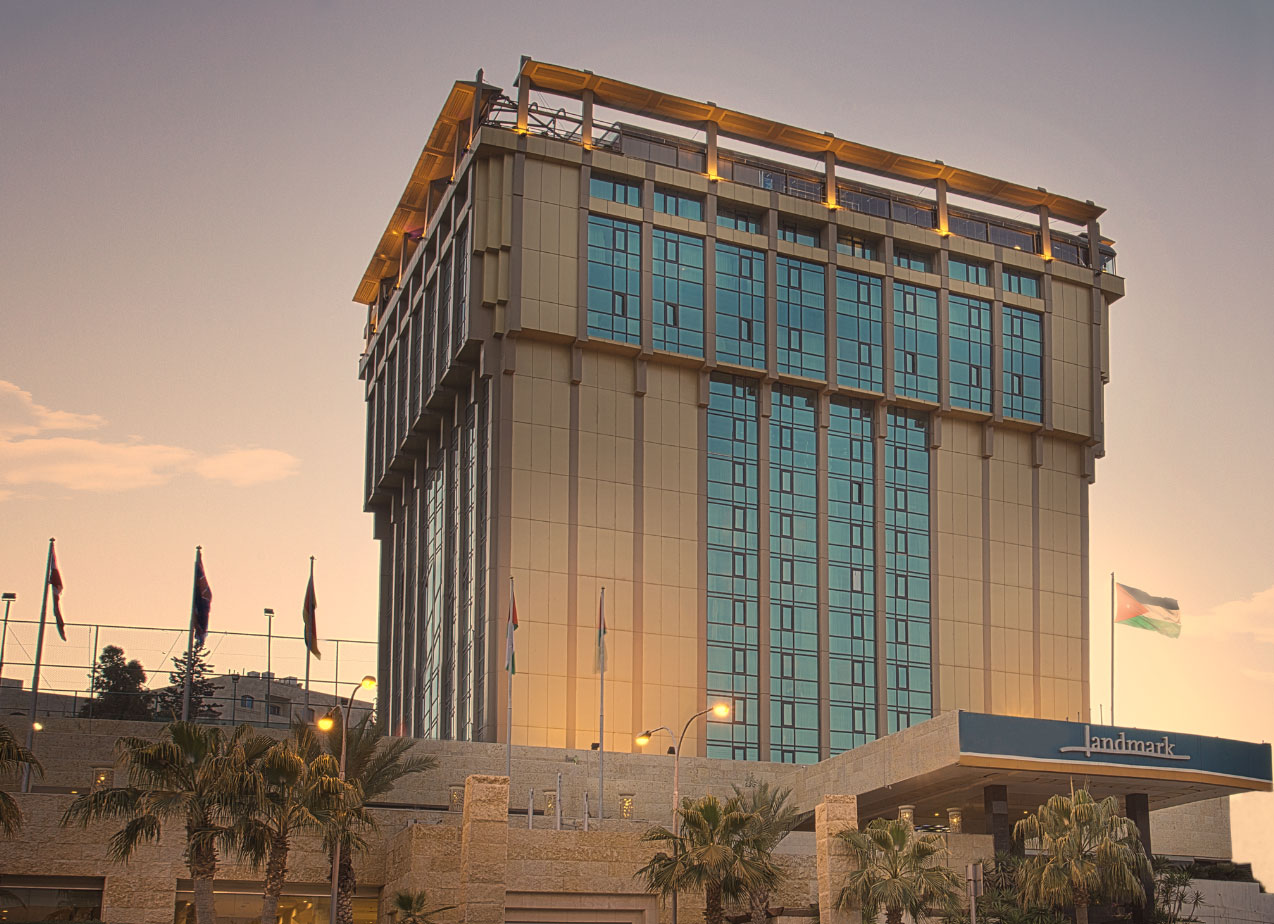 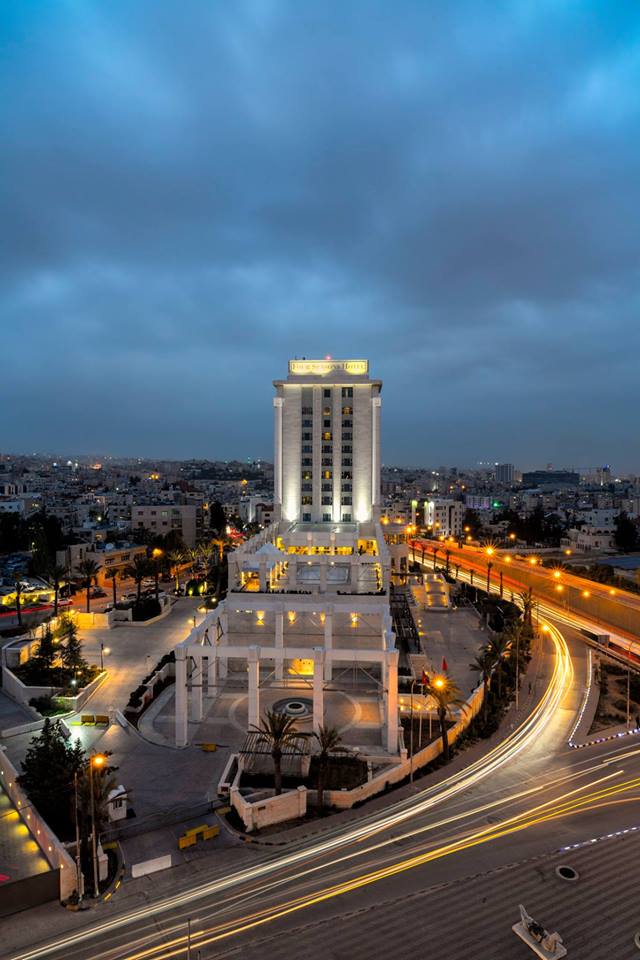 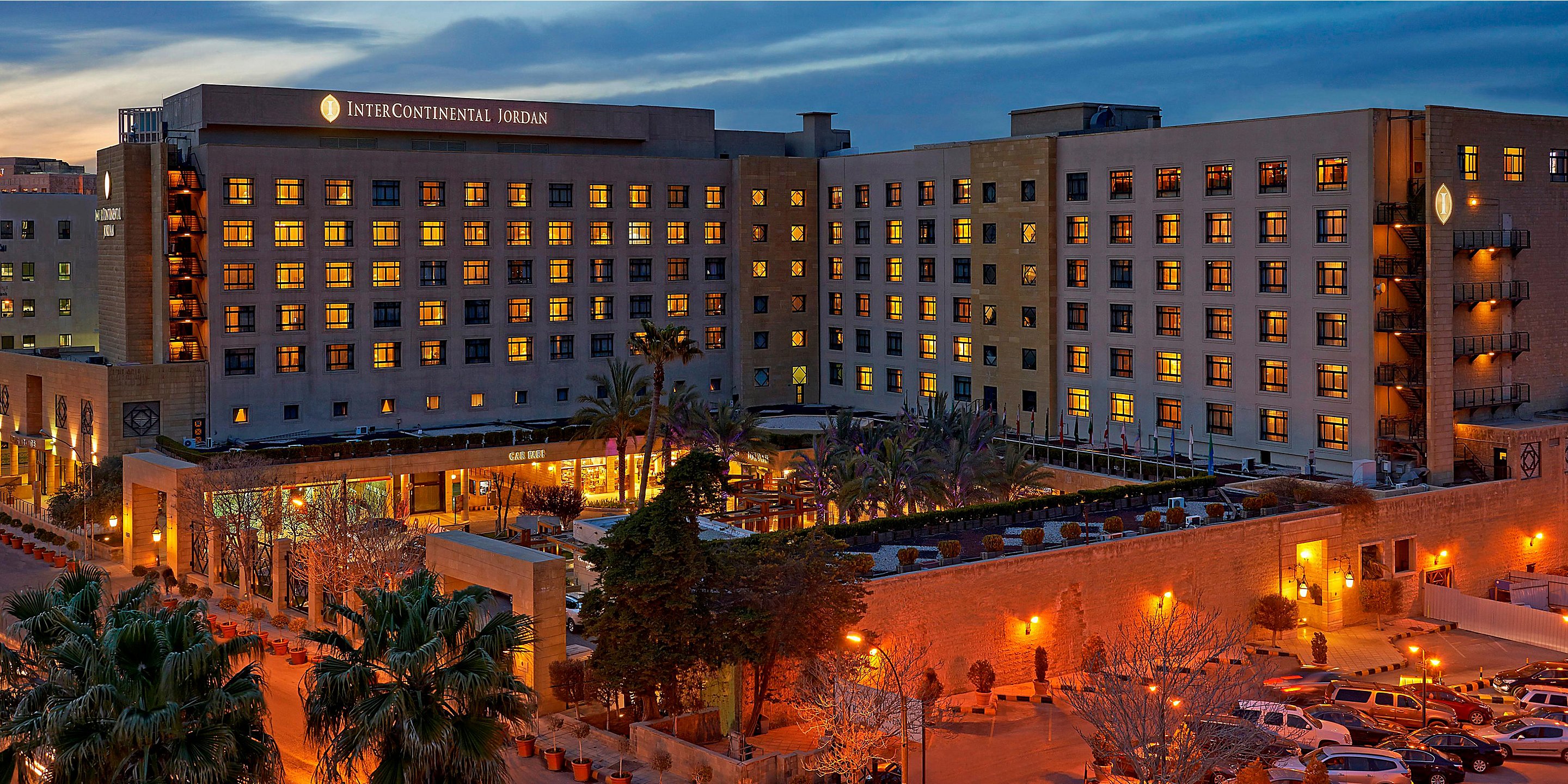 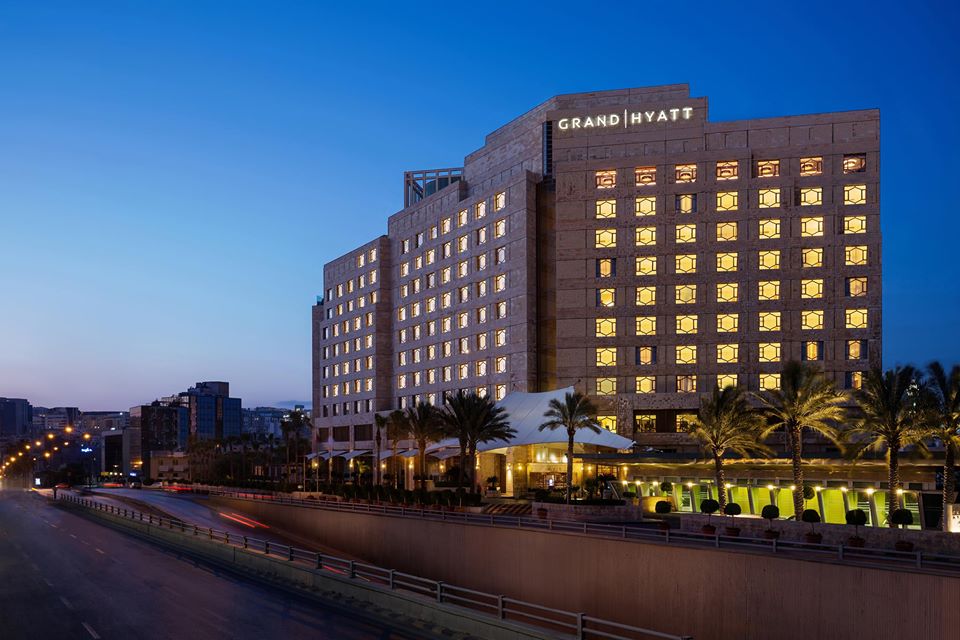